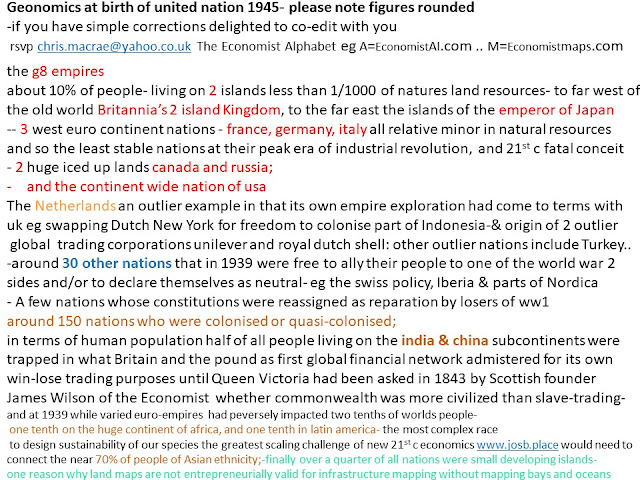 1945-1964 -the first 45 years of 20th century had been dominated by wars so this middle of 20th century was time to take stock of innovations; by 1960 the western world's new stuff was at least 10 times more valuable to spend life working on than all previous history; and it is arguable that looking forward 1960-2020 was going to multiply 100 times more new stuff for youth to action network -if and only if this could be shared the world over as up to 200 free nations emerged beyond the global affairs of 1939

i see 1945-1964 (including my first 13 years on this planet) as the most golden 20 years of america sharing extraordinary post-industrial innovations; i must admit my biasses ;my father served as teen in allied bomber command over moderday myanmar; so i wouldnt exist without americans contributions to first 50 years of the 20th century- USA ended 2 world wars whose root causes were how the 5 biggest euro empires germany france uk russia italy designed empire trade from the start of discovering new world late 1400s; all of the badwill proceSses - eg slavemaking, ships of war became even more of a threat or a transformation opportunity for humans with age of machines and humans stated in 1760s by galgow uni smith an watt; i believe that smith would have priorised 3 extraordinary new peace-making innovation networks which accelerated world post-industrial impacts from 1950s onwards